I suppose I can’t call it mac and cheese if there’s no mac! 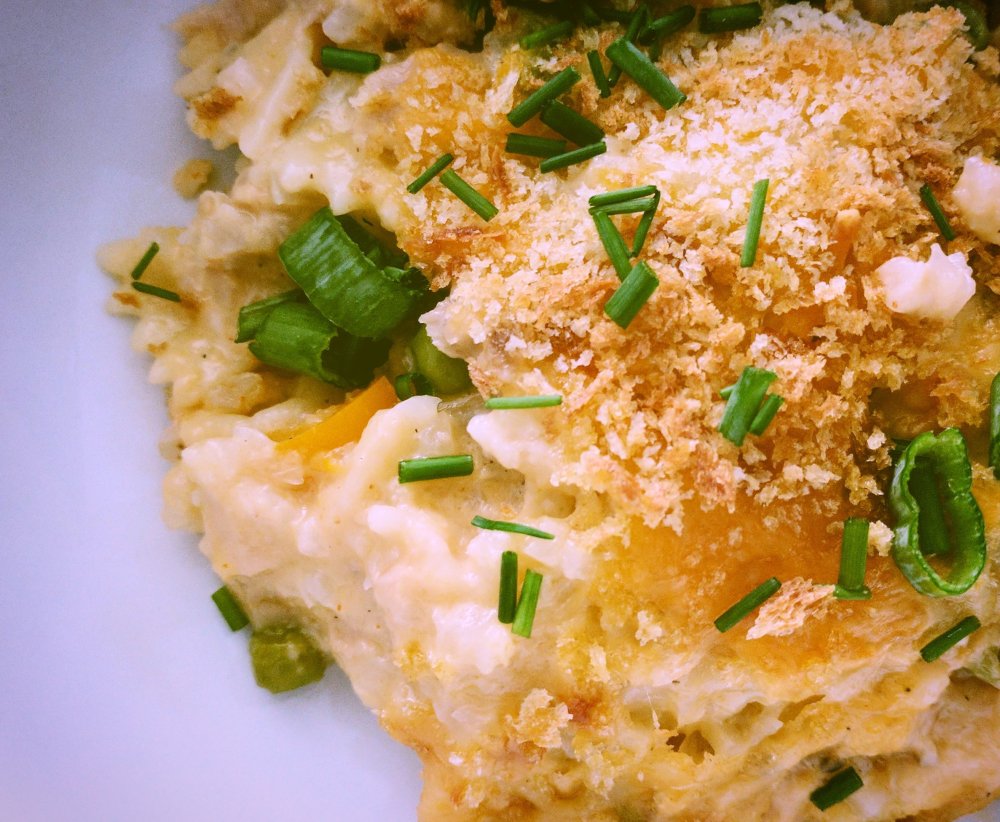 I sort of made it up as I went, but it goes something like this:

Melt about three tablespoons of butter in a saucepan over medium low heat, when melted add four or five tablespoons of flour, mix into paste. Cook until lightly browned, add two cups of milk, increase heat to medium and stir/whisk until it thickens enough to coat the back of a spoon. Then throw in a few handfuls of the shredded cheese of your choice, melt. Throw in a few more handfuls. Melt. A few more handfuls. Then throw in some spinach for good measure so it wilts. Add a few squeezes of Sriracha and stir. Add two small cans of tuna, drained.

At the same time, bring a pot of salted water to boil, throw in two cups of farfalle and four cups of riced cauliflower. Boil three minutes, add a cup of chopped bell pepper, boil four more minutes, then drain.

Stir into the cheese sauce. Add frozen sweet peas in the quantity of your choice and chopped green onions. Dump it all into a greased casserole dish, top with a light handful of cheese, then a bit of parmesan, a pretty Sriracha design, and a healthy coat of panko bread crumbs. Cook at 350 for a half hour, then turn on the broiler to brown the bread crumbs. Let stand ten minutes before serving.

Top with chopped green onions and chives, because you’re fancy.